The importance of Psychrometrics

An understanding of psychrometrics is vital to HVAC and it is at the heart of Computair’s coil selection software. Psychrometrics describes the properties of moist air, which we consider as a mixture of dry air and water vapour.

The amount of water vapour in the air can vary quite a lot and has a significant effect on our perception of temperature and comfort. At a given temperature and pressure there is only so much water vapour that air can hold. The point at which water will no longer evaporate is called “saturation”. At low temperatures this happens at low humidity ratios. As temperature increases the saturation humidity ratio increases rapidly until the boiling point of water is reached and it can no longer exist as liquid.

Dry air is a mixture of several gases. It’s mostly Nitrogen and Oxygen, but also contains Argon and Carbon Dioxide. What we call ‘moist’ air also contains water vapour. Water vapour is a colourless and odourless gas, but it’s important for air conditioning. Consider some of the factors below.

Data centres are a rapidly-growing industry. Electrical power flowing into a data centre generates heat, which must be removed to keep computers running at an optimum temperature. Very dry air can also cause static build up and dust accumulation. Data centre HVAC needs to control both temperature and humidity.

When humid air flows over cooling coils, water can condense out as liquid and provision needs to be made for the water to drain away. Psychrometrics can determine at what rate water will condense and the amount of latent heat released by the water as it condenses from liquid to gas.

cientists and engineers have been using psychrometric calculations for a very long time, with mathematical models slowly improving over time. The ASHRAE Fundamentals manual contains some simple calculations for psychrometric properties which are easy to implement in software and which many engineers would consider as the standard reference. These are accurate enough for the normal range of conditions used for air conditioning, but lose accuracy outside of those conditions.

We consider ASHRAE RP 1485 as the definitive psychrometric model. It is valid between temperatures of -143C and 350C, air pressures of 100Pa and 10MPa and humidity up to 10kg/kg. This research paper was published in 2009 and provides a virial equation of state for moist air. The equation of state shows how the temperature, pressure and density of air are related. From that equation, all other psychrometric properties are derived. 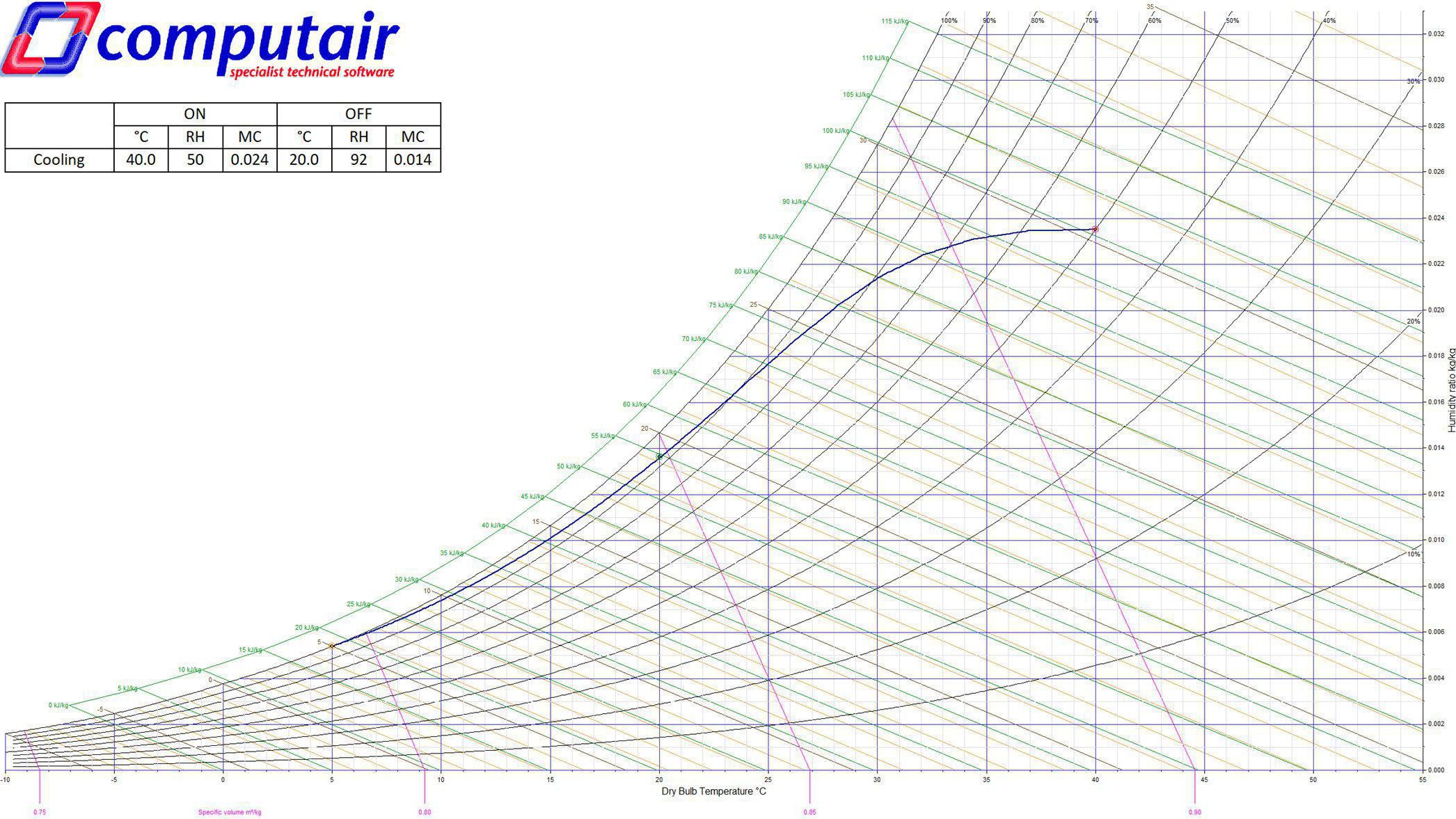 Try out our psychrometric calculator

Psychrometrics tells us how the density of air changes with temperature, pressure and humidity. This is important because it defines the relationship between volume and mass of air. Density is measured in kg/m3, or in North America lb/ft3 is normally used. Specific volume is the inverse of density and tells us how much volume a given mass occupies. Its units of measure are m3/kg and ft3/lb.